- Green transport: Achieve the long-term target of attaining zero vehicular emissions and zero carbon emissions in the transport sector before 2050, through the electrification of vehicles and ferries, development of new-energy transport and measures to improve traffic management. The Government will cease the new registration of fuel-propelled and hybrid private cars in 2035 or earlier. Apart from promoting electric buses and commercial vehicles, the Government also plans to collaborate with the franchised bus companies and other stakeholders in the next three years to test out hydrogen fuel cell electric buses and heavy vehicles.

- Waste reduction: To achieve the long-term target of carbon neutrality in waste management before 2050, the Government will strive to develop adequate waste-to-energy facilities by 2035, so as to move away from reliance on landfills for municipal waste disposal. The Government will also further promote waste reduction and recycling, and expects to implement waste charging in 2023 and regulate disposable plastic tableware in phases from 2025 onwards. 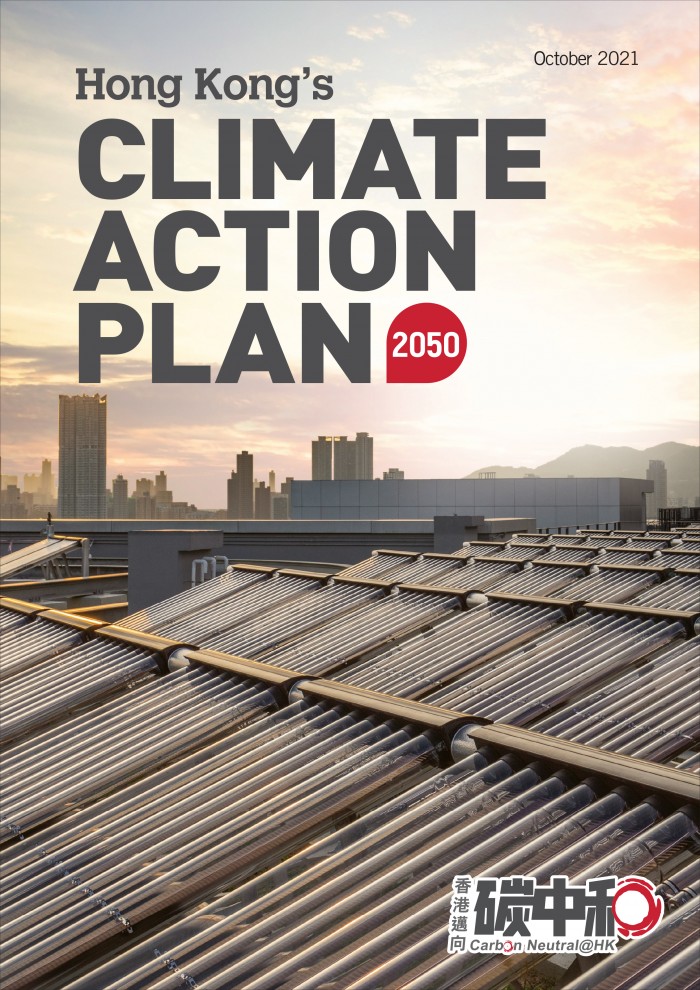